Macy’s Thanksgiving Day Parade will be featured in the department store’s first TV spot dedicated to the 90-year-old event. “Old Friends” will air through the holidays in 30- and 60-second broadcast commercials and a 90-second version on social channels; the company has also released its Macy’s Parade Time Traveler app, which allows users to view floats from previous years.
Advertising Age (free-article access for SmartBrief readers) (11/1), Adweek (11/1)

BBDO’s latest spot for Grey Goose targets older millennials with a reminder that a bottle of quality liquor is a welcome gift during the holidays. The ad encourages people to “bring something extraordinary” to holiday parties to set themselves apart.
Advertising Age (free-article access for SmartBrief readers) (11/2),  CampaignLive.com (U.S.) (10/31)

Temptations, adam&eveDDB help you save Christmas

Brands should stop trying to speak to everyone about everything

Too many brands with access to huge amounts of data are speaking to all of their customers in a “spray and pray” approach instead of trying to find the clarity to target consumers, writes Elizabeth Alcott. Companies should stop trying to talk to all customers about everything, listen to what the customers want and avoid replacing strategy with technology, Alcott advises.
CampaignLive.com (U.S.) (11/1)

Scott Kauffman took over as CEO of MDC Partners during a difficult time in 2015 and successfully navigated a strong second half to the year, Doug Zanger writes. “The transition was smooth and a fundamental issue of great importance was to maintain momentum and keep a healthy business moving forward,” Zanger writes.
The Drum (Glasgow, Scotland) (10/31)

The co-founders of Vine, which Twitter bought in 2012 and discontinued this week, have revealed a live-streaming app called Hype that will rival Twitter’s Periscope.
TechCrunch (10/31),  Tech Times (10/31)

I have a simple philosophy: Fill what’s empty. Empty what’s full. And scratch where it itches. – Alice Roosevelt Longworth, socialite and writer 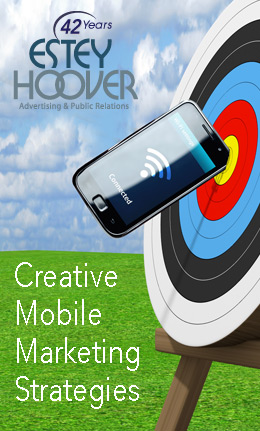